Key Observations
• Equity markets largely shrugged off headline risks through the month and posted positive returns. The S&P 500 Index has returned over 20 percent year-to-date.
• The Federal Reserve will likely begin tapering its asset purchase program later this year or early in 2022 with additional guidance expected at upcoming fall meetings.
• A renewed focus on anti-trust practices by the Chinese government has been a headwind for many large Chinese technology companies. Uncertainty as to the direction and intensity of future regulation may lead to continued volatility.

Market Recap
The summer months are typically filled with days at the beach, barbeques with friends, vacations and baseball games long into the night. However, August was marked with extreme weather events across the country, the continued spread of the delta variant and unrest in the Middle East. Yet, despite the negative events and headlines, investors were rewarded with higher equity markets.

U.S. stocks, for the most part, led the way as the S&P 500 breached the 4,500 price level for the first time and returned 3 percent for the month. Oil prices fell driven by supply-demand concerns, resulting in energy being the lone S&P 500 sector with a negative return. The U.S. economy remains resilient, despite the more modest uptick in consumer spending compared to prior months, likely attributed to the increase in coronavirus cases. Corporate fundamentals remain favorable, the unemployment rate is falling and leading indicators remain at strong levels on a year-over-year basis. Equity markets abroad were also positive, albeit slightly trailing the U.S. Emerging markets outperformed their developed counterparts as the MSCI Emerging Markets Index returned 2.6 percent, while the MSCI EAFE Index posted a 1.8 percent gain. India was a standout within emerging markets, Brazil declined slightly and index heavyweight China was flat.

Fixed income markets were a bit mixed in August but bonds came under pressure as rates generally moved higher. The 10-year U.S. Treasury yield briefly fell below 1.2 percent early in the month, before settling at 1.3 percent. As a result, the Bloomberg U.S. Aggregate Bond Index returned -0.2 percent. Investors remain committed in their preference for more risky segments of the fixed income market as the bid for yield continues. The Bloomberg U.S. Corporate High Yield Index gained 0.5 percent in August. Markets reacted favorably following Federal Reserve Chairman Jerome Powell’s comments that the central bank could begin to taper its bond buying program later in the year. While nothing official has been outlined just yet, we anticipate more specific guidance at one of the upcoming fall meetings and continue to believe interest rate hikes are not an immediate concern.

China – Year of the (Wayward) Ox
China has certainly made headlines in recent months, and it has not been particularly smooth sailing for investors. Government anti-trust investigations and crackdowns on data security have impacted many of the Chinese tech giants, such as Alibaba, Tencent and Didi. China’s -12.3 percent year-to-date return has significantly lagged the broader EM asset class (+2.8 percent year-to-date), as investors remain uncertain as to which industry may be impacted next. While the technology sector has been the most prominent recipient of the Chinese authorities’ attention to date, areas such as education are also being impacted as reforms are made to private education.

As examples, private tutoring service providers New Oriental and Tal Education have fallen over 70 percent since the end of the second quarter. The Chinese government has also signaled a renewed focus on “common prosperity” and social equity. The true impact on the corporate markets remains to be seen, but we have already witnessed two prominent technology companies, Tencent and Pinduoduo, announce they will be donating a large portion of profits to Chinese social programs.

While these actions are noteworthy and create some degree of investor apprehension, there are also positive indications coming out of Beijing. Futures contracts on the China A-shares market are expected to start trading in coming months, which should ultimately support foreign investor demand.  In addition, there are signs the China Securities Regulatory Commission is making headway with U.S. regulators on accounting disclosures for Chinese companies. While China has a heavy influence on the collective fate of emerging markets, we remain committed to the emerging markets asset class as it presents an attractive potential source of return for portfolios, fully cognizant of the somewhat more volatile nature of the space.

Market Outlook
August was wrought with developments around the world that create uncertainty for investors. We are mindful of elevated market valuations and the surge in the delta variant, which has the potential to, at least temporarily, hinder the pace of economic recovery. However, broader conditions supportive of additional gains on the economic front remain largely intact and the forthcoming rollout of COVID-19 vaccine boosters should help ultimately assuage investors’ more immediate concerns. We remain guardedly optimistic as we head into the fall and our baseline expectation that thoughtful risk-taking in portfolios will be rewarded remains intact. A maturing economic backdrop and developments on the COVID front are likely to stoke bouts of volatility as we move toward the end of the year. Maintaining a long-term view and adhering to existing strategic allocations will provide the best opportunity for achieving favorable long-term investment outcomes for portfolios. 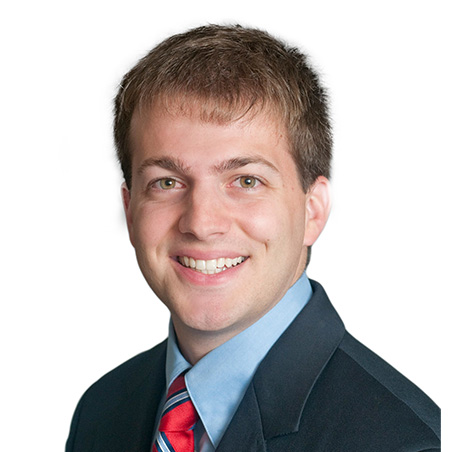