Associations today must deal with a significant set of financial challenges. Even before the COVID-19 pandemic impacted the global economy, associations were evolving by seeking new revenue streams and membership models. During this public health crisis, associations confronted a cross-current of painful realities: meeting cancellations, membership consolidation and declining sponsorship commitments, to name a few. Healthy and well-managed reserves proved to be a lifeline to struggling associations and will continue to play an important role in the long-term financial stability of these organizations. Reserves help fund critical capital expenditures or initiatives. Reserves also secure operations during periods of economic or organizational stress.

However, among all the organizational priorities and pressing financial obligations, building an association’s reserves can easily become less of a priority. After a year of unprecedented strain, reserve policy is now at the forefront of many associations’ priority lists. Many trade and professional associations canceled meetings, realigned their missions or invested in new technology to bring certification programs to a virtual world. These one-two punches of decreased revenue and increased expenditures forced a substantial number of associations into financial hardship.

In support of our association clients, Fiducient Advisors partners with the ASAE Research Foundation to provide valuable benchmark data on associations’ reserve funds. In its sixth edition, the 2020-2021 Association Investment Policies, Practices, and Performance report presents peer data of particular importance to associations. Insights gleaned from the survey provide valuable guideposts for association executives charged with the management of these valuable assets.

2020-2021 Highlights and Trends
While historically many associations adhered to a “rule of thumb” of six months of operating budget, the reality is that associations are aiming higher:

With the accumulation of larger reserve balances, there is also an increased likelihood that an association will be asked to defend the magnitude of their reserve assets:

• Within the last year, 20 percent of associations with greater than $10 million in reserves were asked by the board or committee to justify the amount in total reserves.
• In response, 80 percent of those associations conducted an internal study and 50 percent sought benchmarks from similar associations.

More than 90 percent of respondents to the survey maintained a written investment policy. This figure is even higher when excluding associations with investment reserves of less than $1 million.

• Those associations that maintained a written investment policy reported a greater level of satisfaction with the performance of their investment reserves than those without a written policy.

87 percent of respondents reported using an outside investment advisor to assist in the management of reserve assets.

• Those organizations that did not use an advisor tended to be smaller in size (reserves of less than $1 million).
• In 2014, 52 percent of small-association respondents reported using an outside investment advisor. In 2020, that number increased to 63 percent.

There were no significant shifts in asset allocation strategy on a year-over-year basis:

• During the past five years, cash allocations have come down meaningfully. When examining the data closely, the primary driver of this is smaller associations that have reduced cash in favor of equities and fixed income.
• The usage of international equities and alternative investments (as in the prior three studies) also increased proportionately with reserve size, likely due to a greater level of investment sophistication, comfort and investment access.

The COVID-19 pandemic presented associations with unique challenges. As associations grapple with solutions to these unprecedented problems, healthy investment reserves prove to be a welcome resource:

• While a small minority of associations (six percent) reported they typically raise cash during periods of market volatility, nearly 21 percent of respondents withdrew from reserves during the COVID downturn, illustrating that association investment strategies were subjected to atypical demands during the most recent crisis.
• Overall, nearly 31 percent of respondents either pulled from or borrowed against (margin loans) reserves to help supplement operations.

Case Study
Just prior to the onset of the COVID-19 pandemic, we worked with a national association that was reviewing its level of reserve funds. They came into the assessment in a good position after several years of considerable growth. In fact, some of the organization’s board members began to feel the organization had amassed more than sufficient reserves.

In conducting the assessment, the association set out to identify and quantify the specific risks the organization may face. They looked back through their financial results to arrive at a data-driven assessment of their reserve needs. The association also used benchmarking data from the ASAE Foundation’s Association Investments study for perspective into the policies of similar organizations.

As the board suspected, recent growth filled the coffers but not too far above the determined need. The association would be able to fund about one year’s operating expenses with the small excess funneled back into member benefits. The reserve funds were split with three months of expenses earmarked for an operating reserve and the remainder in a long-term reserve. We updated the reserves policy to accommodate the changes.

Shortly after implementation, COVID-19 disrupted this association’s carefully laid plans. The pandemic caused the association to cancel its annual meeting along with some smaller revenue-generating certification programs. With revenue down substantially, the organization turned to its operating reserves for support. Those assets provided a lifeline to keep the organization afloat but were soon depleted.

The next logical turn was to tap the long-term reserves to help plug the lingering revenue shortfall. However, while the investment markets had begun their recovery, they were still in negative territory. The board was understandably hesitant to sell these assets even at a modest loss. They worried their recently strong financial position would be irreparably harmed.

At the time, interest rates remained low and borrowing was affordable. We recommended the association consider using the long-term as the basis for a margin loan to avoid selling the assets. In this way, they could continue to cover the operating expenses and maintain their full market positions. After consideration of the merits, the board accepted the recommendation.
Since taking the margin loan, the investment markets have continued to climb, with the return on the assets outpacing the interest due on the loan. A set timetable has been determined for the loan’s repayment through a combination of investment earnings and future revenue.

Through attentive and proactive oversight of its reserves, the association has been able to cover its current operations and maintain its longer-term financial stability.

The Takeaway
As reserves continue to increase in importance for associations of all sizes, the prudent oversight and management of these reserves should continue to be an area of greater emphasis for association executives. Association Investment Policies, Practices, and Performance was designed to help associations evaluate their own investment strategies, performance and governance structures relative to those of similar organizations. The data can help associations identify areas where improvements can potentially be made, as well as provide reference points in areas where there may be questions or concerns. Further still, the data can provide a means to confirm an association is indeed implementing a series of effective practices.

Click here to learn more about our Endowment & Foundation Services. 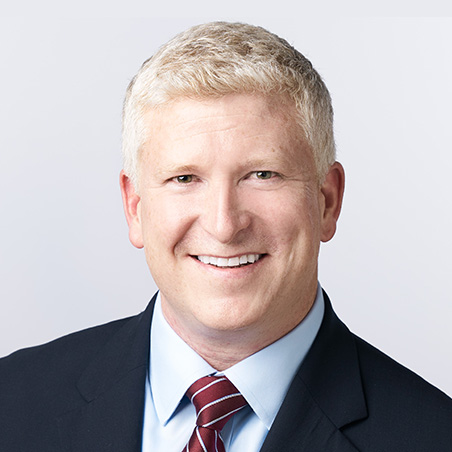