On April 28, the White House released the “American Families Plan” which outlines the administration’s goals for investing in children, families and U.S. workers. The proposal would include $1 trillion of spending and $800 billion of tax cuts over a 10-year period. The plan would largely be funded by tax increases targeted for high income taxpayers, raising $1.5 trillion over a decade.

• Top Individual Income Tax Rate – raise from 37 percent to 39.6 percent, thus restoring the top rate that was in place prior to the Tax Cuts and Jobs Act (TCJA); the income range that would apply for the top rate is not known at this time, though an anonymous White House official cited $452,700 for single filers and $509,300 for joint filers
• Long-Term Capital Gains & Qualified Dividends – raise from 20 percent to 39.6 percent for “households making over $1 million”; it is unclear whether the cited $1 million threshold relates to taxable ordinary income or investment income
• Step-Up in Cost Basis at Death – repeal the current step-up in cost basis for inherited assets with gains exceeding $1 million (or $2 million for couples); certain protections would be created for family-owned businesses and farms where the heirs will continue to operate those businesses; this change will not impact the home sale gain exclusion of $250,000 for single filers or $500,000 for couples
• 3.8 Percent Medicare Tax on Net Investment Income (NII) – expand the scope to cover all unearned income
• Carried Interest – tax carried interest at ordinary income rates; per the White House’s fact sheet, “permanently eliminating carried interest is an important structural change necessary to ensure we have a tax code that treats all workers fairly”
• Section 1031 Like-Kind Exchanges – repeal tax deferment on such exchanges for gains greater than $500,000
• Additional IRS Funding – provide $80 billion over 10 years for additional IRS enforcement of tax evasion, which the administration believes could net more than $700 billion of tax revenue over 10 years

What Was Not Included

The American Families Plan did not include several notable items that taxpayers might have otherwise expected, though such items could be addressed in subsequent legislation:

• Estate Exemption – given prior statements to return the estate exemption to “historic norms,” many anticipated a push to lower the exemption to a range of $3.5 million to $5 million per person (from $11.7 million currently), with a top tax rate of 45 percent (from 40 percent currently); while this was not addressed in the American Families Plan, it bears noting that Senator Bernie Sanders proposed the “For the 99.5 Percent Act” which would make significant changes to estate planning limits
• Limit on Itemized Deductions – President Biden had previously called for limiting the benefit of itemized deductions to 28 percent for taxpayers earning more than $400,000
• Social Security Taxes – to shore up the Social Security Trust Fund, the administration had previously proposed collecting additional OASDI taxes (6.2 percent) for earnings above $400,000 (whereas OASDI tax is not currently collected on earnings above $142,800)
• State and Local Tax (SALT) Deduction – many Democratic lawmakers have called for either an increase or a full repeal of the current $10,000 limit on the SALT itemized deduction
• Section 199A Deduction – it had been assumed that the special tax treatment afforded for pass-through business income might be phased out above certain income thresholds

With few (if any) Republican votes anticipated in support of legislation including significant tax increases, Democrats will need almost complete unity in Congress for any chance to pass the legislation. In the Senate, Democrats hold just 50 seats. As such, any opposition from moderates/centrists such as Joe Manchin of West Virginia or Kyrsten Sinema of Arizona (among others) could doom the proposed legislation. Meanwhile, in the House, Nancy Pelosi presides over the slimmest Democratic majority since World War II (218-212 margin), for which even a few party dissenting votes could prove costly. In April, a group of 17 New York House Democrats sent a letter to House Speaker Pelosi noting that they reserved the right “to oppose any tax legislation that does not fully restore the SALT deduction.”

Certain proposals are considered more likely to pass than others. Taxpayers should consider this a fluid situation with room for substantial changes ahead. With income tax rates near historic lows, many tax practitioners think there is a very good chance for a return of the top individual income tax return to 39.6 percent. Conversely, the proposal to overhaul the step-up in basis at death (a common fixture of estate planning since the Revenue Act of 1921) is considered controversial and could draw opposition from both sides of the aisle. As for the proposal to nearly double the current tax rate on long-term capital gains and qualified dividends for certain high-income individuals, some tax practitioners think an increase from 20 percent to a range between 25 percent to 30 percent is a more possible outcome. 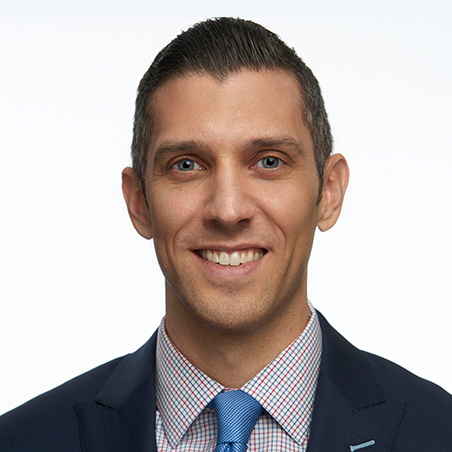