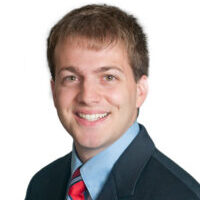 As a member of the Global Public Markets Team, Rob researches and performs operational due diligence on core investment managers. He is also a member of our Capital Markets Team. … 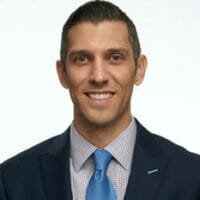 Key Observations
• Global equity markets took a step back in November, with investors favoring safe-haven assets.
• Emergence of the new Omicron COVID variant and more hawkish comments by the Federal Reserve led to market volatility late in the month.
• U.S. political gridlock eased with passage of the $1 trillion infrastructure bill and with the House advancing the “Build Back Better Act” (BBBA).

Market Recap
Financial markets continued October’s rally early in the month, as earnings season remained robust. S&P 500 earnings grew almost 40 percent year-over-year for the third quarter (with 95 percent of companies reporting 1). Despite favorable corporate fundamentals and economic data that has printed well, volatility crept into the market as events unfolded late in November. News of a new COVID-19 variant, “Omicron”, surfaced late in the month. This news, coupled with a high U.S. inflation print and a more hawkish tone from the Federal Reserve over the tapering of its asset purchase program, sent global equity markets lower.

In the United States, large cap stocks (S&P 500 Index) fell 0.7 percent for the month, while “riskier” small cap companies, as measured by the Russell 2000 Index, returned -4.2 percent. Information technology was one of the few bright spots for the month and helped growth stocks to outpace value. A strengthening U.S. dollar and stricter COVID measures contributed to the underperformance of international equities versus domestic equities. Emerging markets slightly edged out international developed economies as the MSCI EM Index returned -4.1 percent while the MSCI EAFE Index fell -4.7 percent.

Ultimately, the U.S. 10-year Treasury yield ended the month at 1.4 percent, 12 basis points below where it started, but over 20 basis points lower than the intra-month high; the Bloomberg U.S. Aggregate Bond Index edged higher, with a gain of 0.3 percent. Credit spreads widened in the risk-off environment, with the Bloomberg U.S. Corporate High Yield Index posting its worst monthly return (-1 percent) for the year. Fears and uncertainty surrounding the new Omicron COVID-19 variant pushed energy prices lower – the main source of weakness behind the Bloomberg Commodity Index’s -7.3 percent return for the month.

Policy Update
Political gridlock eased slightly in November, with the House passing the $1 trillion infrastructure bill (the ‘Infrastructure Investment and Jobs Act’) on Friday, November 5. The House vote (228-206) largely followed party lines, though the final vote was crucially aided by the support of 13 House Republicans. With the Senate having already approved the measure in August (on a rarely bipartisan basis, 69-30), the bill went to President Biden’s desk and was signed into law on Monday, November 15. While the final infrastructure bill was scaled back from earlier proposals to garner adequate support, the bill ultimately provides $550 billion in new federal spending for roads, bridges and highways, broadband access and the utility grid.

Democratic leadership aimed to concurrently pass the infrastructure bill and the Biden administration’s “Build Back Better Act” (BBBA), though such plans were upended earlier in the month with several moderate House Democrats requesting an updated score by the Congressional Budget Office (CBO) before proceeding with an official vote. In mid-November, the CBO estimated the social safety net and climate bill would add $367 billion to the federal deficit over 10 years, though the shortfall would be offset by an estimated $207 billion through greater IRS tax enforcement2.

Following the updated CBO score of the “Build Back Better Act”, the House passed the roughly $2 trillion bill on Friday, November 19. The final vote (220-213) passed along strict party lines, with only one Democrat dissenting. Attention now turns to the Senate, which will consider the bill over the coming weeks. Amid an evenly divided Senate (50-50) and with the expectation of no Republican support, centrists Joe Manchin (D-West Virginia) and Kyrsten Sinema (D-Arizona) will wield considerable power in upcoming negotiations; passing the bill using a process called ‘reconciliation’ will ultimately require unanimous Democratic support (50 votes). Senate Majority Leader Charles Schumer (D-N.Y.) cited a goal of the Senate passing the bill prior to Christmas, though that timeline may be in question.

Outlook
Despite the recent pullback in November, the economy remains on solid footing. Consumer health remains favorable as does the corporate environment. However, the dichotomy between the sound economic backdrop and the recent developments of the Omicron variant, stubbornly high inflation and the Federal Reserve’s tapering is at the forefront of investors’ thoughts. These recent developments have added a layer of uncertainty and could contribute to additional market volatility as we close out the year. Investors may have grown accustomed to a low volatility environment in recent years, though it is important to remember that, in a historical context, volatility is a normal occurrence and often creates investment opportunities. We believe managing behavioral biases and favoring diversified portfolios tied to long-term strategic investment goals should put investors in the best position to capture opportunities amid a variety of economic outcomes.

Comparisons to any indices referenced herein are for illustrative purposes only and are not meant to imply that actual returns or volatility will be similar to the indices. Indices cannot be invested in directly. Unmanaged index returns assume reinvestment of any and all distributions and do not reflect our fees or expenses.

• The S&P 500 is a capitalization-weighted index designed to measure performance of the broad domestic economy through changes in the aggregate market value of 500 stocks representing all major industries.
• Russell 2000 consists of the 2,000 smallest U.S. companies in the Russell 3000 index.
• MSCI Emerging Markets captures large and mid-cap representation across Emerging Markets countries. The index covers approximately 85% of the free-float adjusted market capitalization in each country.
• MSCI EAFE is an equity index which captures large and mid-cap representation across Developed Markets countries around the world, excluding the U.S. and Canada. The index covers approximately 85% of the free float-adjusted market capitalization in each country.
• Bloomberg Barclays U.S. Aggregate Index covers the U.S. investment grade fixed rate bond market, with index components for government and corporate securities, mortgage pass-through securities, and asset-backed securities.
• Bloomberg Barclays U.S. Corporate High Yield Index covers the universe of fixed rate, non-investment grade debt. Eurobonds and debt issues from countries designated as emerging markets (sovereign rating of Baa1/BBB+/BBB+ and below using the middle of Moody’s, S&P, and Fitch) are excluded, but Canadian and global bonds (SEC registered) of issuers in non-EMG countries are included.
• Bloomberg Commodity Index is calculated on an excess return basis and reflects commodity futures price movements. The index rebalances annually weighted 2/3 by trading volume and 1/3 by world production and weight-caps are applies at the commodity, sector and group level for diversification