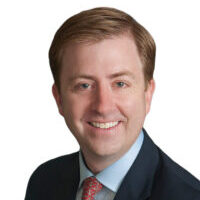 As a member of the Global Public Markets Team, Oakley conducts investment due diligence on non-US growth managers. Oakley joined Fiduciary Investment Advisors LLC in 2014, which combined with Fiducient …

Key Observations
• Chinese equities delivered significant negative returns in 2021 while other emerging and developed markets returns have been positive.
• This underperformance has been sparked by the Chinese government’s implementation of new regulations across multiple industries with the stated goal of common prosperity and greater social equity.
• Investors sold Chinese equities indiscriminately due to the uncertainty surrounding the changing regulatory environment and its impact on company fundamentals.
• Fiducient Advisors’ view on the asset class remains unchanged; emerging market equities, including China, are inherently the riskiest liquid allocation in client portfolios, but remain an attractive source of returns over the long-term given the higher growth potential of these economies.

Chinese equities had a strong start to the year after a solid 2020 due to the country’s success containing the pandemic. However, that outperformance reversed in February with the bulk of the Chinese market’s underperformance coming in March (-6.3 percent) when the Chinese government ended its pandemic-related stimulus and tempered expectations for economic growth, and in July (-13.8 percent) when the Chinese government announced the implementation of several new regulations for various industries that seemingly took investors by surprise.

Regulatory Catalysts
2021 saw a rapid acceleration of regulatory interventions by the Chinese government. While the impact on technology stocks has been the primary focus of investors, regulatory changes have, in fact, been implemented across multiple industries, including internet, education, food delivery and real estate. It is believed the goal of this policy is to support the Chinese Communist Party’s (CCP) social initiatives to achieve common prosperity and greater social equity. In summary, these regulations include1:

• Fintech regulations, which impacted the IPO of Alibaba’s Ant Group late last year
• Anti-monopoly regulations, which had particular focus on the dominant internet platforms
• Private sector education, which was arguably the most onerous as K-12 after school tutoring was effectively banned, and the companies were forced to become nonprofit organizations
• Content restrictions, which affected entertainment and social media platforms
• Data security regulation

Following what transpired in July, there appears to be a shift in Beijing’s approach. Prior, it was believed that companies, which ran afoul of various regulations, would receive a slap on the wrist consisting of a monetary fine and additional restrictive regulatory measures. For example, following the government’s anti-monopoly investigation of Alibaba last year, the company received a fine of $2.8 billion, the largest ever handed out by Chinese regulators. However, that amount was only 4 percent of Alibaba’s total sales in 20192. Investors felt that the Chinese government would rein in the most egregious violators, but its ultimate goal was to foster Chinese dominance in industries deemed vital for national security, particularly technology.

That said, the Chinese government may have now changed course by implementing prohibitive policies on certain sectors. It appears government officials are not afraid to stifle a company’s business or even crush entire industries (like for profit education) if they believe there are issues that are not serving the greater good of the country. For this recent crackdown against companies including Didi, Tencent, New Oriental and TAL Education, Beijing is pointing to financial risk, antitrust concerns and national security violations. The CCP seems to be accepting of stockholder pain for long-term social control.