According to a recent CAF America survey, 93 percent of charitable organizations project a decrease in funding over the next 12 months1. If inflows will likely decrease and returns are largely out of our control, good stewards of endowment assets must turn their attention to outflows, or spending.

Naturally, analysis of a nonprofit’s outflows hinges on analysis of the organization’s spending policy. To preserve purchasing power and achieve intergenerational equity, which are generally considered to be the most important objectives of an endowment pool, a charitable organization must follow responsible spending practices.

The percentage of a moving average calculation is utilized by most nonprofit institutions and calls for a spending rate (typically somewhere between 4 percent and 5 percent) based on an average of the endowment value over time. The average is most frequently based on the endowment value over a 12-quarter period, though some endowments utilize longer or shorter periods. A general guideline is that using more data points to determine the average endowment value provides more stability in spending allowance. Using fewer data points will lead to a spending allowance that is very endpoint sensitive and more closely tied to recent market conditions.

To illustrate, consider the difference between a nonprofit that uses an endowment spending rate based on a 12-quarter moving average, compared to another that uses a simple one-year average.

Now assume that the spending calculation is performed at the conclusion of a difficult downturn, like the first quarter of 2020. In the first example, that tough quarter represents just 1/12th of the calculation – as opposed to the entire valuation when using a single year. Clearly, using fewer data points leads to a spending allowance that is more sensitive to market conditions, hence more volatile from year to year.

One of the primary drawbacks to the percentage of a moving average policy is that periods of weak market conditions lead to reductions in spending allowance. Unfortunately, these very points in time times tend to coincide with difficult stretches for nonprofit institutions.

So while institutions struggle to fulfill fundraising goals and meet outside support needs, the spending policy calls for a reduction in spending dollars. Some nonprofits, reluctant to establish a policy that necessitates spending cuts during difficult times, instead adopt an inflation-based policy that takes last year’s spending and increases it by the inflation rate. Since this type of policy is so predictable, it simplifies the budgeting process. The inflation-based model also enables higher spending during difficult times as opposed to what a moving average policy can offer.

Typically, an inflation-based spending approach marginally links to market fluctuations by instituting a cap and a floor (e.g., the spending calculation cannot be less than 3 percent or more than 6 percent of the most recent year-end market value). However, the starting point of this calculation is extremely important as it could dramatically alter spending levels.

For instance, if a nonprofit employs the inflation-based model after a period where spending has been high relative to history, the level of spending dictated by this policy may result in unsustainable spending levels, thereby reducing the corpus (and therefore taking away the organization’s ability to preserve purchasing power and create intergenerational equity).

Finally, the hybrid approach, as its name suggests, is considered by some to be the “best of both worlds.” Part of the calculation is based on a percentage of a moving average rule, and the remaining part of the calculation is based on last year’s spending plus inflation. Typically, bands are used with this type of policy just as they would be used with a pure inflation-based approach. The hybrid approach is utilized (and was made popular) by some larger universities, such as Yale and Stanford.

The hybrid approach creates a smoother and more predictable spending stream than the percentage of a moving average rule; in addition, this approach is not as likely to dissipate the endowment corpus like the inflation-based rule does.

The graph below depicts annual spending rates based on the various spending policy calculations.

The current market and economic environment have not only decreased endowment and foundation asset values, but have also created a challenging environment for nonprofit institutions. Colleges, universities and private secondary schools anticipate significantly decreased enrollment as they continue to deal with refund requests and financial insecurity among their student populations; artistic and cultural institutions are experiencing the economic impact of shelter-in-place measures and the potential reluctance of the broad population to revert back to previous activity levels once restrictions are lifted; and social service- and health-related organizations face increased demand for services while simultaneously seeing a decrease in funding and support due to the economic repercussions of the COVID-19 pandemic. It seems nary a single nonprofit sector has been impervious to the adverse impacts of the virus.

Many charitable institutions are relying more significantly on their endowment/reserve pools than they typically do to sustain themselves through the current environment. Some organizations may contemplate taking a special appropriation from the endowment to carry them through this or any crisis. If such a course of action is absolutely necessary to remain afloat, then of course sustaining the nonprofit is more important than preserving the endowment. However, we encourage stewards of endowment assets to pursue a special appropriation from the endowment only under the direst of circumstances because such an appropriation has a significant and long-standing impact on the endowment.

Our modeling2 suggests that if a nonprofit organization with an endowment value of $100 million were to make a $10 million special appropriation from its unrestricted asset pool, 20 years down the road, with median results along the way, the negative impact to the endowment pool would be a disturbing $15 million. In other words, an organization that did NOT take a special appropriation would have an endowment value $15 million higher than the organization that did, assuming the same investment results.

Therefore, at the end of the 20-year period, the nonprofit that avoided a special appropriation would have $9.4 million more in cumulative spending dollars and would also be left with an endowment value $15 million higher than the institution that did take the special appropriation. In other words, the impact of compounding is substantial and long-lasting.

In fiscal year 2019, only 26 percent of endowments outperformed their spending rate plus CPI according to the 2019 NACUBO-TIAA Study of Endowments. Given the magnitude of the 2020 market downturn, we would be stunned if fiscal year 2020 yields a more favorable data point. When we revisit the primary objectives of endowment and foundation asset pools – preservation of purchasing power and intergenerational equity – the current environment and historical spending practices of nonprofit institutions may be antithetical to achieving those objectives.

So, what are stewards of endowed assets to do?

Four Steps to Protect Your Endowment

1. Maintain a disciplined approach to spending:
• If you have a defined and functional spending policy, adhere to it.
• Approach spending policy from a long-term and disciplined perspective. Do not change your policy simply to take advantage of a larger spending allowance via a different calculation. Doing so will likely reduce your endowment corpus.
2. Be slow to take a special appropriation from your endowment:
• Do not take that special appropriation if you don’t have to! It will have long-lasting impact on your cumulative spending allowance and your endowment value.
• If you must draw down extraordinary amounts, be sure to examine and abide by any restrictions that may limit use of funds.
3. Anticipate cash needs and plan accordingly:
• If you know that you will need to spend from the endowment, inform your investment advisor in advance and provide as much detail as possible (e.g., amount of the draw(s), required timing, etc.) The advisor will work with you to develop a plan that considers market conditions, your target asset allocation profile and liquidity provisions of underlying assets.
4. If you have flexibility to lower your stated spending rate, do so!
• It may be increasingly difficult for most charitable organizations to lower their spending rates, especially in this current troublesome environment, and very few likely have the ability to reduce spending. But if you can reduce the endowment draw, it can have a positive impact on the endowment over the long term.

As one of the Three Levers that impact nonprofit endowment pools, Spending is a critical component of endowment management. As such, it is crucial that stewards of endowment assets closely monitor spending practices. In an increasingly volatile environment, maintaining a disciplined approach to spending; being thoughtful and proactive with cash management; and reducing spending whenever possible are more important now than ever before.

Outputs and opinions are as of the date referenced and are subject to change based on market or economic conditions. Information is intended for general information purposes only and does not represent any specific investment recommendation.

Please consult with your advisor, attorney and accountant, as appropriate, regarding specific advice. There is no guarantee that any of these expectations will become actual results. For additional information on forecast methodologies, please speak with your advisor. 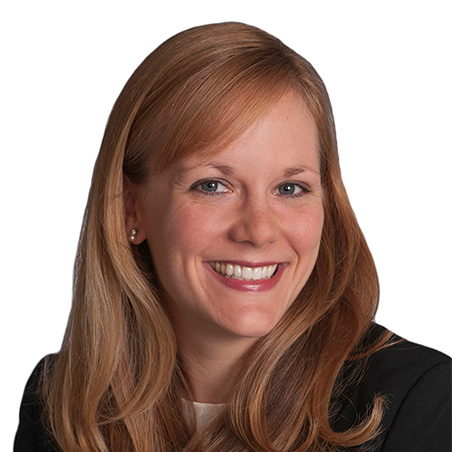 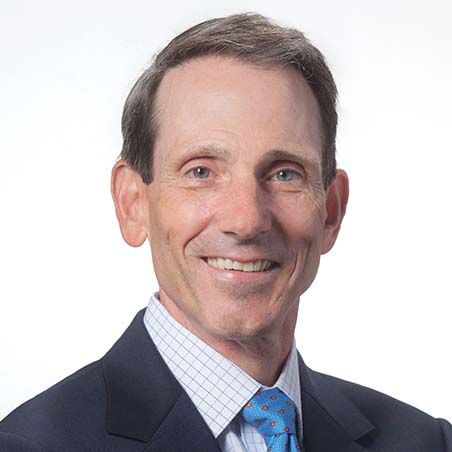 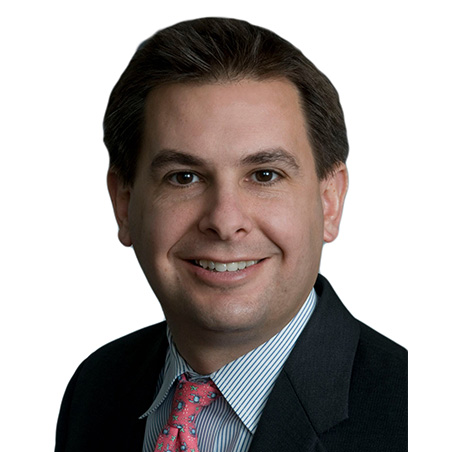